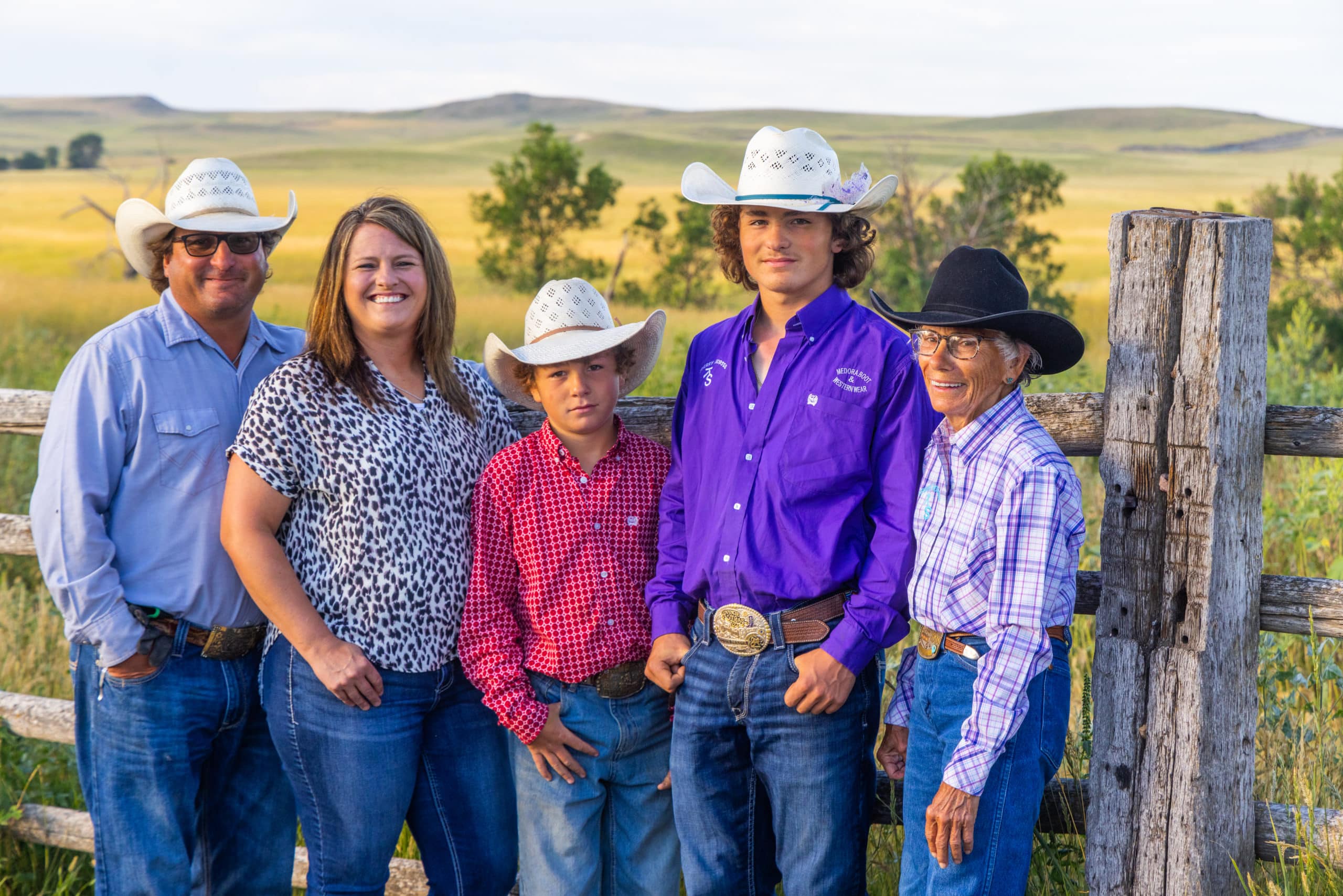 “I’m going to live where there is nobody between me and the sunset,” once said Marcia Sperry of Sperry Quarter Horses in Trotters, N.D. Nestled in the western side of North Dakota is a sixth-generation cattle ranch that took a right turn, commencing with a husband and wife’s bond that began with the mutual adoration towards horses.

Marcia said she didn’t know at the time (early 1970s) that helping her college friend buy a horse from Vernon Goldsberry via Kyle Sperry, Jr. (a.k.a. Bud) would end up changing her life. Having gone off to Paris, France to work for a year, Marcia said she didn’t quite fit the bill for big city life and that her heart led her back to the grasslands of Eastern Montana and Western North Dakota, where her soul felt at home.

“A horse can make the connection of relationships and friendships that no other being can make,” explained Marcia. She and Bud Sperry married in 1971 and started their life together by purchasing eight to ten colts a year. They eventually purchased Goldberry’s broodmares and started breeding and raising their own colts. 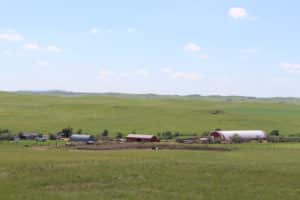 “We raised and trained them to broke saddle horses. Local ranchers were their clients, and the sale of these horses helped with ‘living’ expenses,” explained Marcia.

The Sperrys’ passion towards raising horses brought them to training rope horses, as Bud loved to team rope. Marcia grew up with a family of bronc riders, but their boys, Russell and Robert, took to the other end of the arena.

When Robert was young, Marcia recollected him asking his father, “Do I have to ride broncs? I was thinking you could buy me a calf horse, and I could be a calf roper.” This matriarch, now known to many as ‘Granny’, recalled that Bud responsed with a big smile, “We have a whole pasture to pick from.” He had the young cowboy pick one of his favorites from the herd, and they took Robert to his cousin, Gene Smith’s, arena. There Mr. Smith helped the future champ train his own tie-down horse. Robert went onto compete at his first North Dakota High School Rodeo and won it.

Robert said he was hooked on roping, as was his brother, Russell. They both went onto compete earning many high school, college and ammeter titles. The evolution continued of harnessing and finding athletes that win — in and outside the arena.

Robert followed his mother’s footsteps and found his way back home on the prairies and Badlands of North Dakota after Junior College in Texas. In 2001, he married Tamra Hutzenbiler and started a family. Once again, this union was the beginning of another generation that would solidify raising great horses in western North Dakota.

It was in 2004, when he and Tamra had their first horse sale at the Ranchorama Arena in Medora, N.D. “I knew I wasn’t cut out for a job in town or a bank, so I had to make a living with something I loved — that was good horses that could perform in the arena,” said Robert. “I had this idea of having an annual horse sale. I believed it would work. I knew with the ranch horses and roping side of things and putting the whole package together, this was what I could make happen.”

In true North Dakota spirit, Robert didn’t take ‘no’ for an answer. The 2004 sale started out with 50 head of horses or so. It grew into a two-day sale with 70 of our home-raised horses and 30 or more consignment horses. “Those two-day sales were long days and hard on help. Now, we have the ability and quality to sell between 80 to 120 of our own colts and riding horses every year, right at the ranch,” added Robert.

“We are truly blessed to be able to do what we do. Our horse sales have evolved in a way that’s almost unbelievable. Every year we seem to get better at our passion. We work out the kinks from prior sales and move forward to be more successful,” explained Tamra.

When it comes to the breeding side of Sperry Quarter Horses, Robert puts horse in front of papers. “A good horse has to have confirmation and look good, but also has to be quick-footed, able to stop, and have a good mind while performing. The Sperrys’ train and ride all of their mares and turn them out. “We don’t keep something as a broodmare if it doesn’t meet all these qualities. We can’t just breed papers (pedigree), it needs to be the whole package,” confirmed Robert. 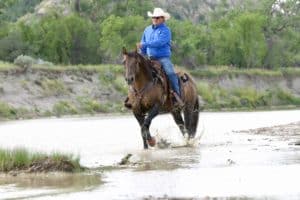 “When we went to riding and knowing what every mare is that is in our breeding program, it changed everything,” explained Robert. This is when Robert said that their horses came onto a different level from what his parents had while he was growing up. “Those horses had great confirmation and bone and could work, but to be able to compete and win, we needed to keep upgrading. We needed fast feet and great minds.”

Robert’s cousin, Mikeal Uetz, has a degree in Ag Marketing and his love for horses and the Sperry Ranch stemmed from childhood, while staying at the ranch. He partnered with Robert and Bud, and they bought the caliber stallion that was added to improve the program. Uetz helped make business adjustments to keep the success full-speed ahead.

Tamra sees the future of their horses continuing to get better and better. “Our boys, Kolby and Kanon, have the passion to ride and rope and train and that is something that is going to continue to give us the opportunity to create the best of the best. The horse market has taken a huge leap in the last couple of years. People love horses and the leisure activities they provide for them,” said Tamra. 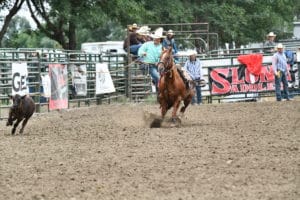 There is a general policy at the ranch to ‘pay it forward’. When it comes to community, youth, and family, the Sperry ranch has an environment that promotes learning in the arena and outside of it.

“Robert doesn’t really charge for lessons, if kids learn to earn what they are getting taught in the arena, we think they value it more. And when there are hundreds of square bales that need hauled, those students get a phone call,” laughed Marcia. She explained that when you buy a horse from them, you buy a program. “We want our horses and the team to be successful, Robert helps at any rodeo he can and is right alongside many youth ropers across the state.”

“I think horses helped raise my boys,” added Marcia, “A horse demands respect, kids learn to respect the horse and it carries onto people. Raising horses is the perpetual future of the ranch. The horses are what keeps our family going.”

The Sperry ranch legacy lives on in Western North Dakota with 46 broodmares and three stallions. “The best part of North Dakota is the people that make up this state. They are the kindest and most out-going, helpful people you’ll find anywhere. I’m thankful to get to sell them some good horses to go along with it,” smiled Robert.

For more information and to see the remuda, visit sperryhorses.com or their Facebook page: Sperry Horses. 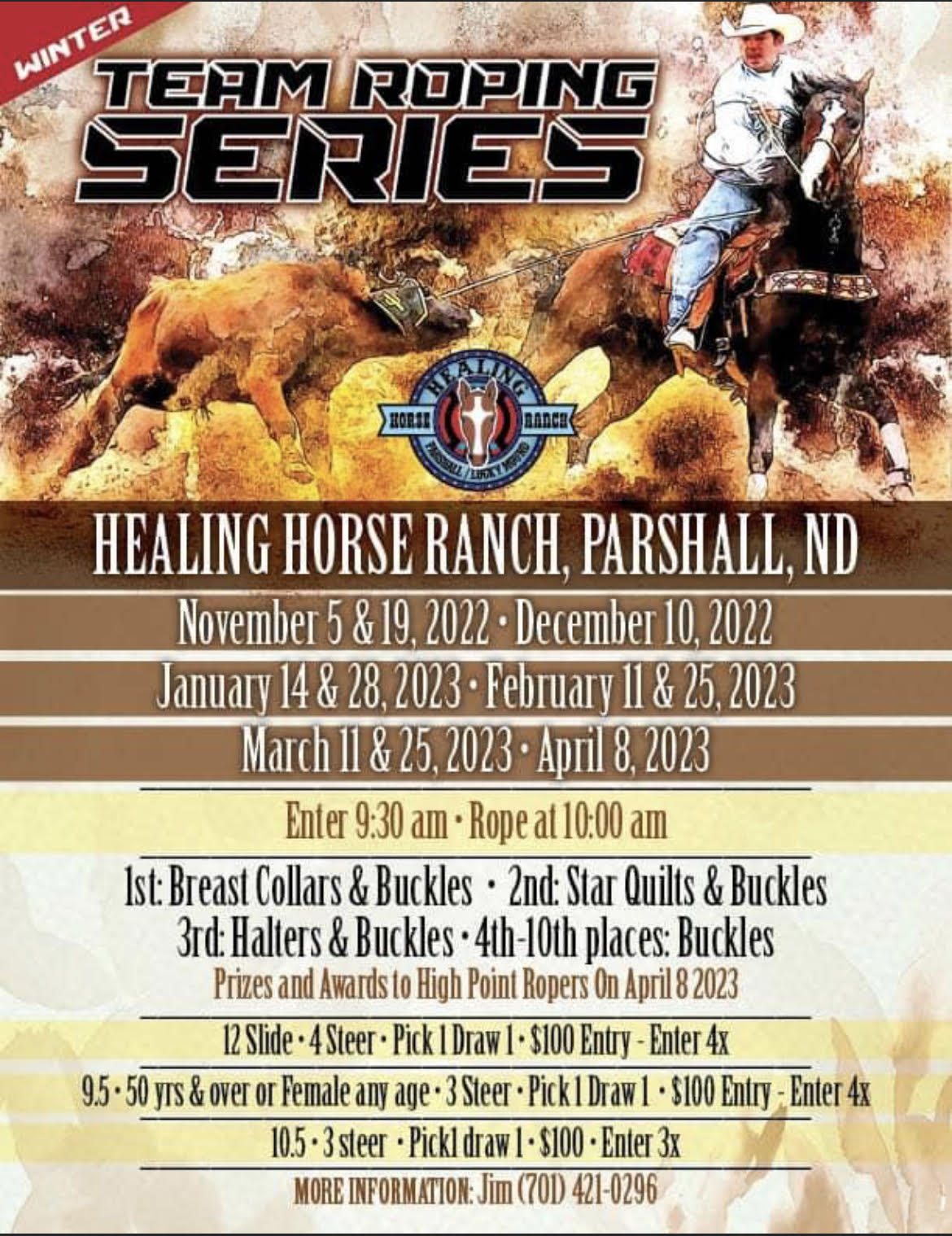